Is there some sort of perversion in what we’re taught, some error that’s vicious and very important? 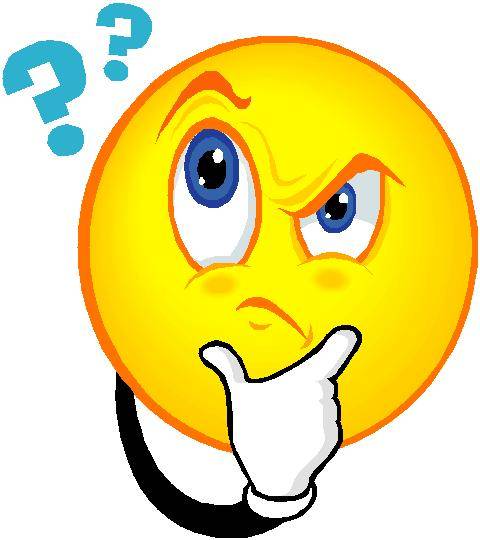 Do share your thoughts in the comment section below, I believe this is a vital question that must be answered.

My next post shall cover my perspective on the same and I shall also display your thoughts on it, with links to your amazing websites.

A community that thinks together, grows together!

You’re approval is not needed! We often attempt to shape and mold ourselves to fit into other’s specific ideals; denying our true selves. We have the here and now to allow ourselves to be “ourselves”, shirking other’s opinions. It matters not what others think of us, as long as we remain true to ourselves. This is NOT clearing someone to be a jerk; it could be argued that those who would look down on others are filled with fear and insecurity. Those would would injure others are often writhe with anger and such fear along with a lack of confidence. I am not perfect, but it has come to pass that, as I have gained a sense of self-confidence and security, I no longer feel the need to belittle or argue with opposite parties. It can be said that individuals who insult and argue are missing a sense of self-esteem and feel the need to take their lack thereof out on opposing parties. However, is not condemning others for their anger still sitting judgment? Judge not.

Peace does not mean to be in a place where there is no noise,trouble, fear ,or hard work …it means to be in the midst of those things and be calm in your heart.

I am enough!! Grateful for my life! I get to workout! I get to nourish my body! I get to love myself! I get to use a cane! I get to choose happiness ! I am beyond blessed 😘❤️

Today I will replace negativity with a beautiful rainbow of love and BLOOM! I love and respect my mind, body, and soul❤️😘

”Few things in the world are more powerful than a positive push. A smile. A world of optimism and hope. A ‘you can do it’ when things are tough.”- Richard M. DeVos
There are so many opportunities to do this throughout our day, yet few take advantage. As human beings, I believe we are always seeking encouragement; this often stems from the most unlikely places. Being fellows, we can, indeed, be the color in someone’s otherwise grey world. Personal circumstances may dictate otherwise and life may seem all but hopeless, but know that it is absolutely NOT. Whether it is a smile, kind word, or random act of kindness; actions indeed make an impact. Know that you are loved unconditionally. Even if I don’t personally know you, know that someone loves you for the simple fact that you ARE and nothing more. Know that you are worthy of being loved and of giving love to others. We sometimes feel as though we are alone, you are NOT; trust that I have been and continue to be on the front lines right along with you. And if no one else tells you, “You can do it and I love you!”

A certain farmer had become old and ready to pass his farm down to one of his two sons. When he brought his sons together to speak about it, he told them: The farm will go to the younger son.

The older son was furious! “What are you talking about?!” he fumed.

“Okay,” the father said, “I need you to do something for me. We need more stocks. Will you go to Bhuv’s farm and see if he has any cows for sale?”

The older son shortly returned and reported, “Father, Bhuv has 6 cows for sale.”

The father graciously thanked the older son for his work. He then turned to the younger son and said, “I need you to do something for me. We need more stocks. Will you go to Bhuv’s farm and see if he has any cows for sale?”

The younger son did as he was asked. A short while later, he returned and reported, “Father, Bhuv has 6 cows for sale. Each cow will cost 2,000 rupees. If we are thinking about buying more than 6 cows, Bhuv said he would be willing to reduce the price 100 rupees. Bhuv also said they are getting special jersey cows next week if we aren’t in a hurry, it may be good to wait. However, if we need the cows urgently, Bhuv said he could deliver the cows tomorrow.”

The father graciously thanked the younger son for his work. He then turned to the older son and said, “That’s why your younger brother is getting the farm.”

Most people only do what they are asked, doing only the minimum requirement. They need specific instructions on most things they do.

Conversely, those who become successful and stand apart from the crowd are anxiously engaged in a good cause. They don’t need to be managed in all things. They don’t just do the job, they do it right and complete. They also influence the direction for how certain ideas and projects go.

Most importantly, those who become successful initiate. They reach out to people, ask questions, make recommendations, offer to help, and pitch their ideas.

Being successful requires being proactive and not waiting for life to come to you. It means you’re on offense, not defense. You’re active, not passive.

In every organization or institution, there are a select few people who would be difficult to replace. For the most part, most people are like the older son in the story. Most people could be easily replaced. Most people are passive and reactive. They require specific instructions. They need to be governed and managed in all things.

Initiation always involves some degree of risk. You’re putting yourself out there and there is a chance you could fail.

Alternatively, doing only what you’re told entails no risk and carries no responsibility. It’s playing safe.

But what’s worth it?

Are you an initiator? You absolutely can be.

But if not, one thing is for certain: Life isn’t going to wait for you.

Now Is The Time To Move Out Of Your Comfort Zone.

“Every man who knows how to read has it in his power to magnify himself, to multiply the ways in which he exists, to make his life full, significant and interesting,” says Aldous Huxley.

This is true, practical wisdom. A person, especially a youngster, struggling to find a place in the world, often overlooks the sagacity of such words. He chases imaginary rainbows and comes to deep disappointments. According to me, a magnificent person is –

One whose object of pursuit is not tainted by anger, pleasure, arrogance, abashment, ego and over-estimation of one-self, is known as a wise person.

One whose actions, condulations and innermost thoughts are not known to anybody until the work is done.

One whose work is not stopped by the impediments like the heat and cold, fear and courage, poverty and wealth.

A person who wishes and does only such good action according to one’s might without underestimating anything, such discriminating soul.

One who hears about a subject attentively and calmly, having a quick grasping power, knowingly performs his duty for the attainment of object of pursuit, one who never interferes in other’s affairs unless invited to do so.

A person who decides first and then acts, once begun stops not in the middle, one who wastes not the precious time, and hold the mind under control.

One whose knowledge follows the intellect and one whose intelligence follows wisdom.

One who is not egoistic even though is endowed with wealth, wisdom and prosperity.

If we manage to imbibe even half of these, we’ll indeed be on a greater path of self-discovery and of becoming better human beings, thus discovering life with all the good that it possesses and facing the hardships head-on as they come! 🙂

Love and Peace to all ❤